Sure, a new roof will protect your home from the elements, but what other benefits can you expect from this major home improvement project? A new roof can do much more for your home than keep out the rain—as long as the job is done right.

Do you dread the prospect of replacing your roof? You’re not alone. It’s an intimidating project for almost any homeowner, in part because it’s tackled so rarely in the life of a house. Indeed, the average roof can last for decades, so homeowners typically reroof no more than once during their tenure.
Plus, the cost is daunting: Roof replacement calls for a substantial investment, enough to make any budget-conscious homeowner hesitate. As well, if another, perhaps more exciting home improvement project looms on your horizon—say, a kitchen remodel—you may not be keen to put dollars toward something as utilitarian as a new roof. That said, while the project certainly lacks flash, roof replacement stands out as one of the most critical steps you can take toward safeguarding the structural integrity of your home. Don’t be mistaken, though: A sturdy, sound roof does much more than simply keep out the weather. In fact, it delivers a suite of less obvious, all-too-often overlooked benefits, both immediate and long-term.
Enhanced Energy Efficiency
Shingles are shingles, right? Though it may seem that way, scores of new options have arrived on the market, thanks to major advances in design and manufacturing. Today, according to Lincon, “The most innovative shingles deliver on the promise of limiting solar heat gain.” In other words, by reflecting sunlight rather than absorbing it, the latest, most energy-wise shingles help keep your HVAC system from having to work so hard. If the air-conditioning system doesn’t need to run as much, then it doesn’t have to cost as much either—simple.
To that end, Lincon advises, “Focus your search on shingles that carry an Energy Star rating.” But as you think about energy efficiency and indoor comfort, “don’t forget about ventilation!” Lincoln warns. As part of any roof replacement, competent installers like those of Sears Home Services assess the attic to confirm that rising warm air can easily escape. 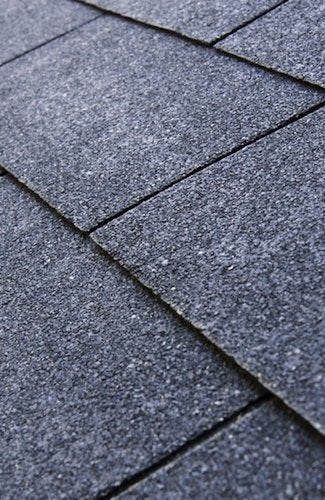 Killer Curb Appeal
According to Lincon, relatively few homeowners appreciate that a sturdy, weathertight roof can not only prevent extensive, expensive water damage, but also lend a boost to the appearance of your home. Different homes feature different rooflines, of course, but as Lincon points out, “there aren’t many properties whose roofs cannot be seen at all from the street.” In fact, the roof often ranks among the most visible components of a home’s exterior. “Those cracked, curled, or missing shingles aren’t doing you any favors,” Lincon says. For a roof that looks the worse for wear, reroofing can actually present a valuable opportunity. “If you have the help you need to make the right choices,” Lincon continues, “a new roof can work wonders to promote curb appeal.”
Higher Resale Value
Homeowners aren’t the only ones who know that roof replacement comes at a premium. House hunters know too. That’s why many prospective buyers walk away from homes that would soon be in need of an expensive new roof.
If you’re a home seller, however, the same equation can work to your advantage, particularly if you recognize that, as Lincon puts it, “reroofing isn’t a sunk cost.” That is, the upgrade doesn’t simply take a bite out of your bottom line. On the contrary, it often adds a considerable amount to the resale value of your home. Lincon estimates that upon resale, homeowners typically recoup more than half the amount invested in a new roof. Despite that, Lincon says, “anxiety always enters into the picture when there are thousands of dollars in play.” Making the situation even more stressful are the horror stories that everyone has heard of fly-by-night crews that botched an installation, or perhaps failed to finish the job they were contracted to complete.
A new roof is a big investment: Don’t make the mistake of settling for the first roofing company you run across. The quality of your roof replacement depends largely on the contractors you choose for the job.