Although close to three fourths of our planet is made of water, not all of it is suitable for use. The water in the oceans and seas cannot be used as drinking water and little of it can be utilized for other purposes. As a result, there is a constant shortage of water that is either good for drinking or home and industrial use. Areas on the planet that have long faced water shortage were able to combat this problem by harvesting what little rain water they received. This slowly started spreading to areas where there was plenty of rainfall. As a result, the modern day rainwater harvesting system  was bought into place.

The idea behind the process is simple. Rainwater is collected when it falls on the earth, stored and utilized at a later point. It can be purified to make it into drinking water, used for daily applications and even utilized in large scale industries. In short, Rainwater harvesting is a process or technique of collecting, filtering, storing and using rainwater for irrigation and for various other purposes.

To reduce the consumption of groundwater, many people around the world are using rainwater harvesting systems. This practice has been around for thousands of years and has been growing at a rapid pace. Till today, rainwater is used  as a primarily source of drinking water in several rural areas.  The best thing about rainwater is that it is free from pollutants as well as salts, minerals, and other natural and man-made contaminants. In areas where there is excess rainfall, the surplus rainwater can be used recharge ground water through artificial recharge techniques. 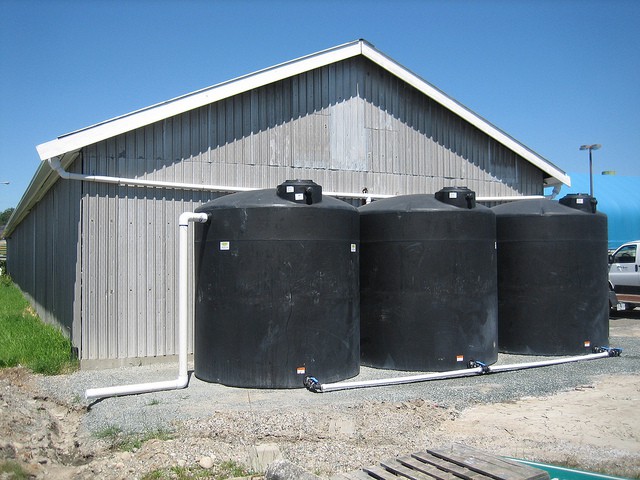 In an urban setting, harvesting is usually done with the help of some infrastructure or The simplest method for a rainwater harvesting system  is storage tanks. In this, a catchment area for the water is directly linked to cisterns, tanks and reservoirs. Water can be stored here until needed or used on a daily basis. The roofs our homes are the best catchment areas, provided they are large enough to harvest daily water needs. Other than that, large bowls and tarps can also fulfill the function.

1. Easy to Maintain: Utilizing the rainwater harvesting system  provides certain advantages to the community. First of all, harvesting rainwater allows us to better utilize an energy resource. It is important to do so since drinking water is not easily renewable and it helps in reducing wastage. Systems for the collection of rainwater are based on simple technology.
The overall cost of their installation and operation is much lesser than that of water purifying or pumping systems. Maintenance requires little time and energy. The result is the collection of water that can be used in substantial ways even without purification.
2. Reducing Water Bills: Water collected in the rainwater harvesting system  can be put to use for several non-drinking functions as well. For many families and small businesses, this leads to a large reduction in their utilities bill. On an industrial scale, harvesting rainwater can provide the needed amounts of water for many operations to take place smoothly without having to deplete the nearby water sources.
It also lessens the burden of soil erosion in a number of areas, allowing the land to thrive once again. In fact, it can also be stored in cisterns for use during times when water supplies are at an all time low.
3. Suitable for Irrigation: As such, there is little requirement for building new infrastructure for the rainwater harvesting system. Most rooftops act as a workable catchment area, which can be linked to the harvesting system. This also lessens the impact on the environment by reducing use of fuel based machines.
Rainwater is free from many chemicals found in ground water, making it suitable for irrigation and watering gardens. In fact, storing large reservoirs of harvested water is a great idea for areas where forest fires and bush fires are common during summer months.
4. Reduces Demand on Ground Water: With increase in population, the demand for water is also continuously increasing. The end result is that many residential colonies and industries are extracting ground water to fulfill their daily demands. This has led to depletion of ground water which has gone to significant low level in some areas where there is huge water scarcity.
5. Reduces Floods and Soil Erosion: During rainy season, rainwater is collected in large storage tanks which also helps in reducing floods in some low lying areas. Apart from this, it also helps in reducing soil erosion and contamination of surface water with pesticides and fertilizers from rainwater run-off which results in cleaner lakes and ponds.
6. Can be Used for Several Non-drinking Purposes: Rainwater when collected can be used for several non-drinking functions including flushing toilets, washing clothes, watering the garden, washing cars etc. It is unnecessary to use pure drinking water if all we need to use it for some other purpose rather than drinking.